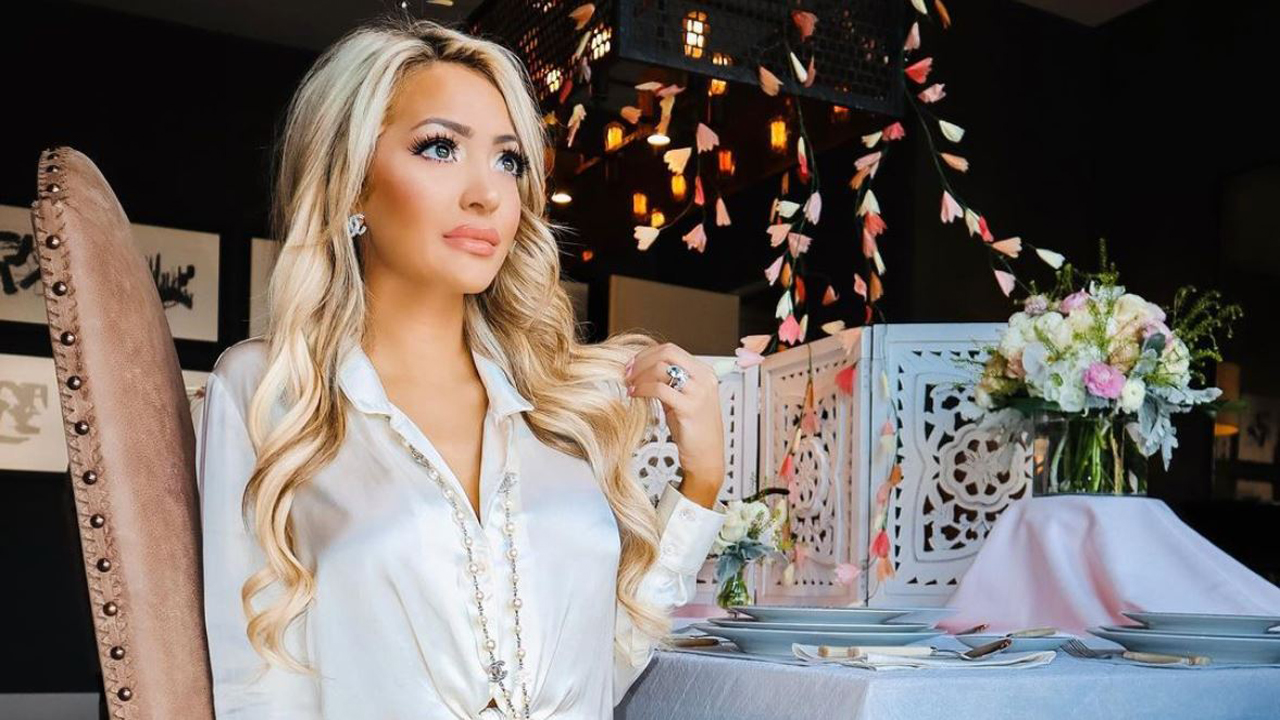 Here is a new formula for getting Instagram famous real quick. Pay the eye-watering amount to get into a LeBron James game, seat courtside, wear something flashy, (be white, preferably a woman), heckle LeBron, get tossed from the court, and call the greatest basketball player a p***y on social media. That is what "Courtside Karen," Juliana Carlos, did and now her Instagram page has 70,000+ followers since the incident.

Juliana Carlos was a nobody, a wannabe social media influencer, someone who is married to a man much older than herself. If that one Kanye West song was based on a living breathing human being, Juliana would be that person, you know which song we are talking about (rhymes with ROLD RIGGER).

LeBron James has enough haters that if someone like Juliana Carlos arrived on screen, those people were going to attach themselves to her. Skip Bayless and feckless Jason Whitlock have made a career out of trying to tear LeBron down and now Juliana Carlos is benefiting from hating on LeBron James. Let's take you back to the scene of the event. Juliana Carlos and her husband Chris Carlos were courtside in the Lakers vs Hawks game. NBA is allowing fans back into the stadium (small numbers) and Carlos's crew were among the few who sat in the front row.

During the game, they start jawing and LeBron responds in kind. Then the exchange escalates when Courtside Karen decides to defend her husband and tries to fight LeBron. This little white girl wanted to fight a specimen of an athlete, make of that what you will.

But the incident caused the refs to stop the game and get the security to bounce the whole group out of the stadium. Then Juliana went off on Instagram as she gave her side of the story. LeBron was cheery about the whole thing, saying he enjoys having fans in the stadium and said they should not have been kicked out.

Well, it all could have ended there but Mrs. Carlos still wanted to have the last word. She got on her Instagram story and called LeBron a p***y. Jame probably got wind of the story and he took to Twitter to label Juliana 'Courtside Karen.

On Twitter, the Lakers star wrote, "Courtside Karen was MAD MAD!!" Karen is not her name but it is a title given to a white lady who ... (we don't know how best to describe Karens, click here for better understanding). LeBron gave her the name and people were off to the races to find who she really was.

And while most of the people went to her profile to see all the action happening in the comment section. LeBron haters went to follow the influencer. From 12,000 followers on 1 February 2021, her follower count went all the way to 80,000 in a matter of days.

That is the LeBron effect, the number of the LeBron haters, who despise the actor and everything he stands for, can fill an Eastern European nation. Her Instagram follower count currently stands at above 80,000. Not bad for minute's work of appearing like a buffoon.

But that amount of follower count also comes with a healthy dose of internet trolls. Her photos barely got 100 comments before, now her most recent photos have 14,000+ and 33,000+ comments. Most of the comments are trolls or spectators who came to the comment section to see the action.

The comments range from the way her neck looks, to her choice of a man for marriage. The comments have more likes than her pictures and Courtside Karen has caught on. She even apologized, for the way she behaved at the game, today on her Instagram.

LeBron was cool about the whole thing but he did sneak a little something during his press conference. The player mentioned he thought he was talking to a father and his daughter until she started calling him her husband. Really, LeBron got no chill.

Juliana's husband Chris is a Hawks fan and he is a LeBron hater. Chris has posted before about not liking James and him jawing at the GOAT was expected but clout chasers got more than they deserved at the end of the day. All those followers on their Instagram are only going to stroke their already ginormous egos.

But whatever, if Skip Bayless can make money off of LeBron's activities, all power to Courtside Karen on being so savvy in her clout chasing. Still, thank god Savannah was not there, because all those followers on Instagram would not have been worth it, only to get a beating from the Queen.