Did Sophie Fergi Leave the Swype Squad? Why Is She Not in Piper Rockelle’s Videos These Days? 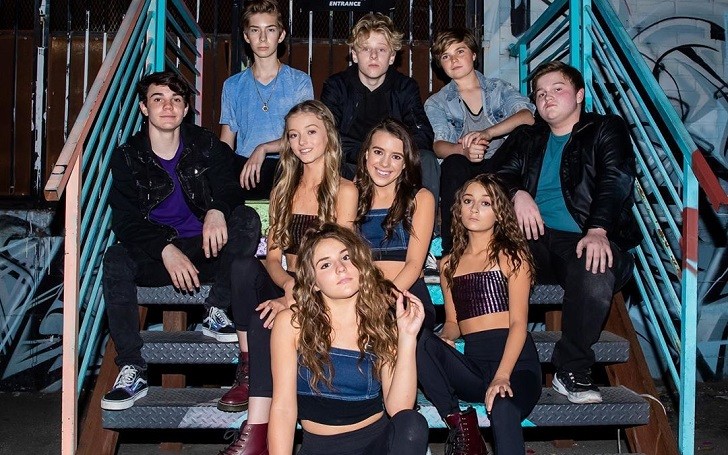 We haven’t heard, literally, from Sophie Fergi in quite a while. She’s active on Instagram but way less than she used to be. And she hasn’t posted a YouTube video in exactly two weeks. For fans, it’s exceptionally worrisome since she stopped her daily vlogs right halfway through.

As one can imagine, a lot of things have happened in the last month, and fans are picking apart the clues to whether Sophie and bestie Piper Rockelle have ever met up in the last couple weeks. She’s not appeared in Piper’s videos, and especially her birthday, leading fans to think she’s left the squad, The Swype.

However, Piper and the squad, particularly Sophie’s boyfriend Jentzen Ramirez, have got together to explain the situation of why she’s not been featuring with the squad lately and why it doesn’t mean she’s not a part of the squad.

So, Did Sophie Fergi Leave the Squad? The Answer Is No, But It’s More Complicated Than You Think

Update: The Answer Is Leaning Extremely Towards ‘YES’.

When Piper celebrated her 13th birthday on August 21, 2020, fans were surprised to not see Sophie with them in the trip to Catalina island. It was the starting point to fans asking the question of where Sophie was and did she leave the squad or something, expecially because it’s the birthday of the squad’s glue. Since the videos on August 22, she hasn’t appeared on anyone’s feed except her’s at all. As you can see, even Jentzen is there, but not Sophie, during their trip on Piper’s birthday.
Photo Source: Symonne Harrison, Instagram

No one was quick to jump to conclusions since the group has been tighter than ever, with Piper, her boyfriend Lev Cameron and Jentzen even traveling to Texas to meet Sophie when she was away with her father just a week before Piper’s birthday. So when it came so abruptly, the only thing to think was that there should’ve something big for this to happen.

And it was. For reasons the squad gave, Sophie is not going to be a part of the squad, physically of course, and will not appear with them on their YouTube videos for an indefinite time. Her parents feared for her safety and got her to move out of the house four of the squad members lived in.

Must See: The Reasons Gavin Magnus and Coco Quinn Really Broke Up

This does not mean she’s necessarily out of the squad as Piper has not officially ruled her as someone out of the group. They’ve made sure they will readily welcome her to work with the squad once her parents give the greenlight.

Not joining the squad was one thing, but Sophie has even stopped posting on YouTube for quite an unusual amount of time. It’s especially strange since she was vlogging every single day as part of a challange for herself. She did it for six days in a row all by herself, exactly over a week ago. Considering the challenge was for two whole weeks, she was not done at all.

Then, a couple of days after her last video, Piper released a disturbing one on YouTube, but enough to explain why Sophie’s not been appearing in any of the squad’s videos and why she moved out of the house. There’s reportedly been a stalker. Piper, Lev, Jentzen and Sophie live together (or rather used to) in the same content house, but within the past few weeks, break-ins occured enough for Sophie’s parents to fear for her safety. Piper explained in the aforementioned video, titled HEARTBREAKING NEWS **VERY Emotional**, that it caused Sophie’s parents to get her to move out of the house.

“Basically, my best friend, Sophie is moving out,” the recently turned teenage says in the video. “I can’t blame her because this is a really, really unsafe situation. And this is what her parents think would be the best for her, which I do too because I really don’t want Sophie to be unsafe.”

Also See: Walker Bryant and Indi Star Have Broken Up. ‘Windi’ Is Over?

“We’ve actually been asked not to draw so much attention to her on social media because of all of this that is happening,” she continued. “That is why you don’t see her in a lot of YouTube videos or TikToks. Not because I’m leaving her out. I would love for her to be in all of them. … I don’t know what the future holds, but I hope one day Sophie can be more involved with me and all of the squad.”

Watch: Details on the Break-In and the Stalker at Piper’s Home

This explains all of it, and it seems it was necessary to explain since social media had been going haywire to accuse the squad of not including Sophie in their content. They’ve additionally asked to not spread hate as they’ve said they received.

No One Seems Worried About Sophie and Jentzen’s Relationship, AKA ‘Jophie’

It’s hard to tell if Sophie’s been catching up with the squad, as one observant fan noticed Sophie had a photoshoot and Piper filmed one of her TikToks at the same exact location, Bombay Beach. It prompted fans to assume they met and did it together (both photoshoots and TikToks) but didn’t post the ones with each other. The opinion is divided though. However, there is still a fraction of the fans who are more concerned with what it means for Sophie’s relationship with boyfriend Jentzen. After a few hiccups in their relationship, they’ve been stronger than ever and even her move to Texas with her father did not pose any danger to it. No one was worried back then either.

But it was in contrast to now in terms of her not posting anymore, because she said she would not be posting on social media once she leaves for Texas to her dad. Still, she posted videos on YouTube and photos on Instagram less than a week after her flight, while she was still in Texas, with the other also making a surprise trip to see her.

Recommended: Emirichu and Daidus Are Really Dating, Here’s the Proof

Jophie, as the relationship is called, was still active as they made no announcments or gave signs like they did before. But now, as she’s stopped posting altogether, there’s no way to know anything of it. Still, considering Jentzen is not all too worried (still, he’s missing his girlfriend) and appears in the squad’s videos smiling, there’s no need for fans to worry. The two broke up and got back together a while ago.
Photo Source: Sophie Fergi, Instagram (Her last Jophie post before the incident)

They’ve given quite the heartbeat skips for their fans occasionally, and even if they’re on the edge of their seats right now, the couple hasn’t really given a devastating clue. So fans should rest easy and wait for the mess happening in their lives right now to be cleared up. Also, her mom is making sure her Instagram is active (since she manages the posts), posting IG stories every day.

Either way, fans want to know from the pair themselves, if Jophie is still real or not. But considering their bond, it’ll take more than this to break them apart. [Update: Considering their current breakup, it seems her position in the squad is slipping away, whether the members like it or not.] Since Sophie is yet known to have reconnected with Piper, the possibility of Pisogav, the trio of Piper, Sophie and Piper’s ex-boyfriend Gavin Magnus, has also dwindled down. However, Gavin and Piper have been continually making content together. Meanwhile, even Gavin and Sophie have met up recently, according to their Instagram stories. So, it remains to be seen when Piper and Sophie will eventually meet up with Gavin to complete the trio, with Gavin willing to bring it back as well.

Update: Sophie Breaks the Silence to Explain the Breakup and Possibly Confirm That She’s Left the Squad

Sophie released a video on September 20, 2020, explaining her breakup from Jentzen and, while at it, saying goodbye to each of the squad members separately. And since she was not reuniting with anyone at all, she just sent a message to each of them through the video instead.

There are more hints about why we think she may have left the squad for good. See the most recent post about Sophie Fergi here. We’ve broken down the facts in the article as Gavin makes an entrance.